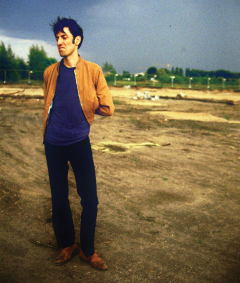 Based in Berlin since 2011, Don The Tiger takes inspiration from everything he misses in that city -be it rumba, MPB, bolero, baroque fantasy, guabina, torch songs, flamenco or Fania Records- and channels it through elaborate sampling techniques and musique concrète outbursts, delivering it all in a way that owes more to primitive rock’n’roll or avant-garde pop than to anything else.

Besides a bunch of untraceable tapes and cdrs, Don The Tiger has released two LPs to date: “Varadero” (2013, Canada) and “Matanzas” (2018, Crammed Discs).